How Affiliates Cut Costs Using Multi-Currency Accounts Around The Globe

Even though search engines and email capture the majority of focus of the online retailing world, affiliate marketing has a valid seat at the table. Although frequently overlooked by much of the advertising world, affiliates play an important role in online marketing strategies. While the situation finds them in much less spotlight than their other advertising counterparts, affiliates still see a sizeable money flow, depending on the scale of their operations.

Thus, one has to wonder how global affiliates manage their funds. A worldwide level of operations isn’t just about choosing one of the top affiliate programs. It also comes with a need for managing foreign exchange, an area of online business that routinely adds small hidden costs. As their efforts progress, global affiliates turn to a multi-currency account to minimise FX conversions and fees. Here at MoneyNetint, we know a thing or two about multi-currency accounts and online payments processing so we’ll take the opportunity with this post to show you exactly how affiliates cut costs with it and why a multi-currency account merits serious consideration for a successful affiliate marketing operation. Here goes.

Before we delve into the inner machinations, let’s just see what we’re dealing with here. A multi-currency account or MCA, as it’s known in its abbreviated, DJ-like form, is a type of account that allows you to hold two and more currencies. While that’s pretty much self-explanatory, here’s a practical example anyway. You can make a withdrawal or a deposit in one currency and access the funds in another, depending on the range of provided currency options. 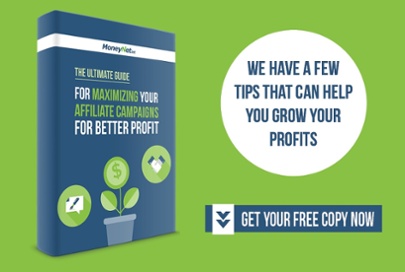 MCA is a checking and savings account, which means there might be a minimum balance requirement. This generally entails to a single currency only, so you’re good to go on other currency as long as one of them maintains a minimum amount. Naturally, there are foreign exchange fees so a lot depends on the exchange rates you will get in order to make the most out of MCA.

Now that we’ve sorted this out, let’s move on to the good parts.

It Saves on Fees and Conversions

There’s no other way to put it. Despite available solutions that simplify foreign exchange, having multiple accounts in more than one currency is still a thing. It shouldn’t be, as MCA covers all accounts into one, meaning you get to save just by numbers alone. This includes account maintenance fees (there’s only one fee for the entire account, compared to fees for each account) and the number of currency conversions. Unnecessary conversions are circumvented by sending or receiving money in the same currency. Fewer conversions equal fewer fees, resulting in MCA saving you money as it minimises your exposure to currency exchange fees.

Here is one practical example that will give you a clear picture. Say you want to use your multi-currency account to pay for a certain service in foreign currency. For instance, a hosting for your affiliate website. With an MCA, you can use the balance to pay for services in the currency you received funds in, thus cutting down your fee costs. Additionally, you have the benefit of converting the part of your funds to the currency you need, at very attractive rates. Thus, with much better rates than banks or other market-dominant payment services like PayPal, an affiliate cuts costs on exchange rates that can very much add up if left unchecked.

An example of exchange rate calculator with favourable mid-market rates

That’s fine when sending money but what about receiving and withdrawing?

Say you want to withdraw money in your local currency. With options on the market such as MoneyNetint, you have the ability to convert it to your local currency (all the while using supermodel-like attractive rates) and withdraw it without any further fees. What this means is you avoid paying your local bank a fee for receiving money in a foreign currency and also avoid their ridiculously high exchange rates. That’s a double whammy, right there. The alternative would be to receive money directly to the bank account or with a popular payment provider like PayPal, that is a form of MCA itself. However, both cases also entail conversion and withdrawal fees that can be best described as expensive.

Dig in even deeper and you’ll find out that an MCA reduces transfer fees for moving money between multiple currency accounts, along with any expenses tied to each of those accounts. A really successful affiliate with large volumes of conversions and sales may be able to get wholesale exchange rates (lower commissions) for converting large amounts of currency, depending on the payment provider offering an MCA.

Foreign exchange is like the wind at the sea in the old times. Sometimes favorable, sometimes unfavorable. There are many fluctuations and a MCA helps global affiliates to protect themselves against these changes. If there is a need for frequent currency exchange, a multi-currency account allows you to keep a certain amount of funds for future leverage if the foreign exchange rates go up. At very favorable in-house rates, you can move your funds from one currency to another. Also, there is an option to pre-book a forward contract. That allows you to lock in the rate for up to one year on a specified maturity date, effectively removing future risk from any movements in the foreign exchange market. That hosting you pay for your website? That’s a yearly operation. By using MCA, affiliates can tackle their future obligations with the current market rate and cut down on their ongoing costs.

A multi-currency account is a highly versatile option for foreign currency management. It brings a broad scope of flexibility and ease of use to international aspects of worldwide affiliate operations. Most notably, MCA significantly impacts the bottom line by combining both foreign and domestic accounts. With it, a global affiliate can minimise costs by completely navigating around unnecessary and excessive currency conversions and fees, while also stopping the waste of its hard-earned money on opening and maintaining multiple accounts with different banks or providers.

Simply put, a multi-currency account is a one-stop shop for affiliates who operate on a global level and frequently use foreign currencies in their affiliate campaigns.